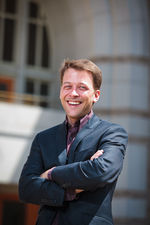 Since 2007, Scott has served as the Mary Irene Ryan Family Executive Director of Shakespeare at Notre Dame, providing oversight for the many Shakespeare-related programs housed at the University of Notre Dame with a particular focus on engaging our local community through the works of William Shakespeare. Previously he served as executive director for the Fairbanks Shakespeare Theatre (FST) in Fairbanks, Alaska. At FST he produced and performed in outdoor Shakespeare productions staged under the midnight sun at venues throughout Alaska and around the globe (most notably at the VIII World Shakespeare Congress in Brisbane, Australia, and the Edinburgh Festival Fringe in Scotland). From 2000–2003, Scott was the business and legal affairs coordinator for Brighter Pictures, Ltd (now a part of Endemol Shine UK), one of the United Kingdom’s most successful independent television and film production companies. He holds a dual BA in theatre and history from Indiana University Bloomington, as well as intensive study in acting at the London Centre for Theatre Studies. He is currently pursuing a Master of Fine Arts in Actor Training and Coaching at the Royal Central School of Speech and Drama (University of London) and certification as a registered Kundalini yoga teacher with acclaimed practitioner Maya Fiennes. He has produced, directed, and performed in over 150 productions.

Scott served as treasurer for the Shakespeare Theatre Association (2013-2017) and taught acting process at the Royal Central School of Speech and Drama, the University of Notre Dame, Holy Cross College, and Indiana University South Bend. Since 2018 he teaches Meisner acting technique and Mindfulness for the Prague Shakespeare Company’s Summer Shakespeare Intensive. A firm believer in the power of Shakespeare and the theatre arts to effect positive social change, he is a co-founder of the Shakespeare in Prisons Network and teaches a weekly Shakespeare in performance course at the Westville Correctional Facility. 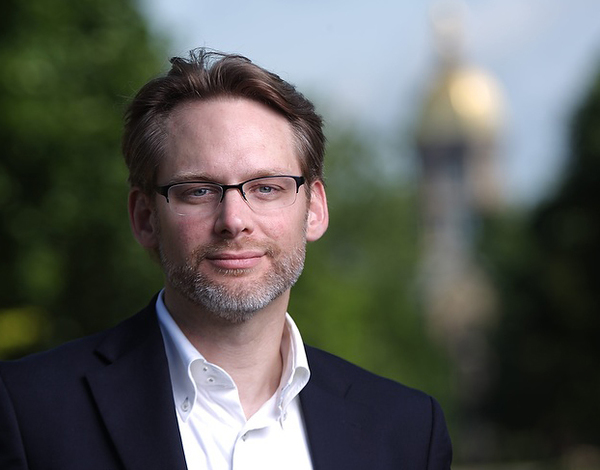 Grant leads the professional producing arm of the organization, the Notre Dame Shakespeare Festival.  Now in his twenty-second year as an artistic director and his seventh at Notre Dame, Grant previously served as the Founding Artistic Director for the Richmond Shakespeare Festival (VA) at Agecroft Hall. Highlights there included touring to 23 states and creating performances for more than 200,000 people, helping to develop Richmond CenterStage, and fourteen consecutive years playing Ebenezer Scrooge in A Christmas Carol for Two Actors.
His directing, acting, and producing credits include more than 100 productions. At Notre Dame in 2013 Grant created a touring program for regional schools, NDSF: ON TOUR, bringing Shakespeare performances and accompanying workshops to students throughout Northern Indiana, and Shakespeare in Fremont Park, part of NDSF's Community Company, in 2017.

Grant also directs and teaches for the Department of Film, Television, and Theatre. In January of 2016 Grant co-hosted the annual conference of the Shakespeare Theatre Association (STA), and completed two years on the organization’s Executive Committee. 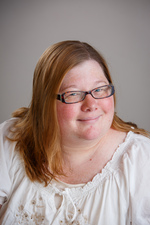 Debra is thrilled to be a part of the Shakespeare at Notre Dame team. She is responsible for coordinating the practical needs of the artistic staff, crew, and performers for the Notre Dame Shakespeare Festival and Actors From The London Stage.

Debra has stage managed over 60 productions, including many productions of Shakespeare. Favorites include: The Tempest, Macbeth, As You Like It, and Twelfth Night.

Debra holds a B.A. in theatre from Indiana University at South Bend, where she teaches stage management. 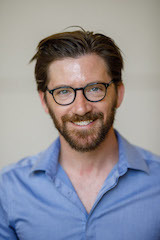 He was a longtime stage manager for the Upstate Shakespeare Festival in Greenville, SC, where he stage-managed multiple productions including Othello, The Merchant of Venice, Twelfth Night, As You Like It, Henry IV Part 1, and Richard III. He is a graduate of the University of North Carolina School of the Arts, and for many years has been a prolific writer for newspapers (Centre Daily Times, State College, PA), magazines (Film Score Monthly, Los Angeles, CA), and record labels (Howlin’ Wolf Records, Raleigh, NC).