Click here for more information on the 2018 Shakespeare in Prisons Conference. 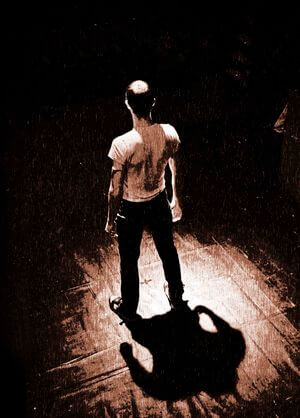 The Shakespeare in Prisons Network (SPN) serves as a global forum for the prison and community arts practitioner community; promotes the production and study of the plays of William Shakespeare within prison and alternative settings; and advocates on a local, national, and international level on behalf of organizations engaged in arts programming for and by incarcerated and nontraditional populations.

The Shakespeare in Prisons Network celebrates the transformative power of William Shakespeare's works in bridging the space between our shared humanity and the isolation typical of incarcerated and marginalized individuals.  We accomplish this by building foundational skills vital to positive societal re-engagement: literacy, teamwork, self-confidence, purpose, and hope.

He is editor of Shakespeare Survey; co-General Editor, with Stanley Wells, of Oxford Shakespeare Topics (20 volumes to date); and, with Adrian Poole, of the 18-volume series Great Shakespeareans (Bloomsbury Academic, 2009-13). Among his books are English Shakespeares: Shakespeare on the English Stage in the 1990s and a major study of Restoration drama, The Ornament of Action. He has also edited many Shakespeare plays, including A Midsummer Night's Dream for the Oxford Shakespeare series and Coriolanus for the Arden Shakespeare 3rd Series, as well as coediting Ben Jonson’s The Alchemist with William Sherman.

In 2007, he completed publication of a five-volume series of essays, Rethinking British Theatre History. In 2007-08, he served as President of the Shakespeare Association of America. He is the author of more than one hundred articles on a wide range of topics in Shakespeare studies as well as on David Garrick, English pantomime, Chekhov, farce, Peter Brook, and many other aspects of drama and performance. He was elected an honorary fellow of the Shakespeare Institute and of Trinity Hall, University of Cambridge. In 2012 he received the Sheedy Award for teaching excellence at Notre Dame.

Scott Jackson is the Executive Director of Shakespeare at Notre Dame. In this position he provides executive oversight for the many Shakespeare-related programs housed at the University of Notre Dame, with a particular focus on engaging our local community through the works of William Shakespeare. Previously he served as executive director for the Fairbanks Shakespeare Theatre (FST) in Fairbanks, Alaska. At FST he produced and performed in outdoor Shakespeare productions staged under the midnight sun at venues throughout Alaska and toured around the globe (most notably at the VIII World Shakespeare Congress in Brisbane, Australia, and the Edinburgh Festival Fringe in Scotland).

From 2000–2003, Scott was the business and legal affairs coordinator for Brighter Pictures, Ltd (now a part of Endemol UK), one of the United Kingdom’s most successful independent television and film production companies. He holds a BA in theatre from Indiana University Bloomington, as well as intensive study in acting at the London Centre for Theatre Studies.

Scott currently serves as the Treasurer for the Shakespeare Theatre Association and is an instructor of acting process at the University of Notre Dame. A firm believer in the power of Shakespeare and the theatre arts to effect positive social change, he is currently teaching a weekly Shakespeare in performance course at the Westville Correctional Facility near Michigan City, Indiana.

From 1995-2008, Curt facilitated the SBB/KY program at the Luther Luckett Correctional Complex, producing and directing 14 Shakespeare productions. His 2003 SBB/KY production of The Tempest was chronicled by Philomath Films, producing the multiple award winning documentary Shakespeare Behind Bars, which premiered at the 2005 Sundance Film Festival and went on to be screened at 40+ film festivals worldwide, winning eleven awards.

Curt is a national and international speaker, having lectured at over forty-five colleges and universities across the United States and at TEDxBerkeley, TEDxEast (NYC), and TEDxMacatowa. He has For his work as a prison arts practitioner, he was named a Creative Fellow at University of Auckland (New Zealand), been awarded two fellowships from the Fulbright Foundation (Australia), the Petra Foundation (USA), an Al Smith Fellowship in Playwrighting (Kentucky), as well as an Honorary Doctorate of Humane Letters from Bellarmine University. He is a founding member and past president of the Shakespeare Theatre Association, an international service organization for theatres that produce the works of William Shakespeare. He is a published essayist and poet, currently authoring the book, Behind the Bard-Wire: Reflection, Responsibility, Redemption, & Forgiveness…The Transformative Power of Art, Theatre, and Shakespeare.

SPN Directory: a listing of organizations specializing in arts programming for and by incarcerated and nontraditional populations.