Actors From The London Stage 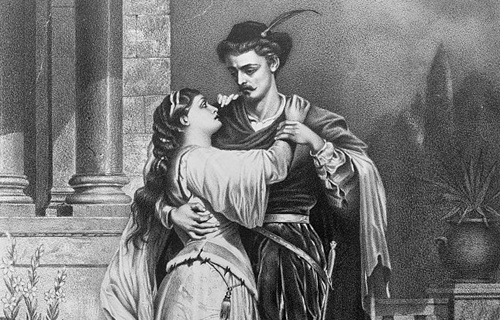 “These violent delights have violent ends.” Five Actors From The London Stage perform every role in Shakespeare’s star-crossed tragedy. Experience the power and passion of the world's greatest love story live on stage.

Founded in 1975 by actors from the Royal Shakespeare Company including Sir Patrick Stewart, Actors From The London Stage is committed to clear and creative storytelling. From a single trunk of props and costumes, five professional British actors bring Shakespeare's greatest works to life. Each actor takes on two or three major roles and several minor ones. All five work together to tell the story, for there is no director. This proven formula reignites Shakespeare's timeless stories with tour-de-force performances that bring you straight into the action, into the poetry, into the mind of the world's greatest playwright.

Performances will take place at Washington Hall in the heart of Notre Dame. Free priority patron parking available. Students under 18 are free with an adult ticket purchase (limit five per adult). Due to adult themes, Romeo & Juliet is not recommended for children under 10.

Group discounts are available through Shakespeare at Notre Dame; email us to learn more.