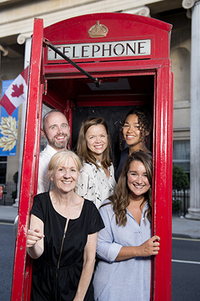 Five British actors from London’s most prestigious stages bring Shakespeare’s most famous villain to vivid life. With minimal sets and costumes, these master storytellers transform a bare stage into the courts and battlefields of England. Experience the power and clarity of Shakespeare’s words in this new adaptation.