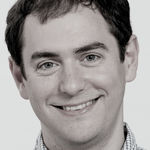 In the world of sawdust West directed 2015 show, titled Chrysalis and Legendarium at the Big Apple Circus. He was the American Director of the Martial Arts Spectacular Panda! at the Palazzo Hotel and Casino in Las Vegas as the first Chinese resident show in US history.

As a writer his credits include We Declare You A Terrorist (Summer Play Festival), Georama (St. Louis Rep), and the short A Jake and A Tom. West earned his MFA from the University of California at San Diego. He has previously directed the NDSF Young Company's productions of The Merry Wives of Windsor (2014) and Love's Labor's Lost (2015). westhyler.com

CAMERON KNIGHT (Director of Pericles, Prince of Tyre) joins the Notre Dame Shakespeare Festival for the first time this summer. He is currently assistant professor of acting focusing on Shakespeare at the Theatre School at DePaul University. He also lectures in African-American Theatre. Cameron has coached and taught acting, Shakespeare, text analysis, improvisation, stage movement, and stage combat for over ten years. He previously taught at Carnegie Mellon University, where he served as assistant professor of acting in the School of Drama and an instructor of acting in the School of Music.

Cameron served as an instructor of performance and African-American Theatre at the University of Delaware, where he was also a company member of the Resident Ensemble Players—the professional resident acting company that serves as the mentoring group to the MFA candidates in the professional theatre training program.

An actor and director, Cameron most recently played the role of Peter, in Teatro Vista’s My Manna Comes and directed August Wilson’s Seven Guitars and Once On This Island at Carnegie Mellon University. In addition, Cameron developed/directed a reading series that introduced students, faculty, and staff to plays from underrepresented populations and cultures. This series allowed for community collaboration in new and flexible ways. 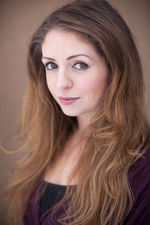 CHRISTY BURGESS (Coordinating Director of ShakeScenes) is the Director of the Robinson Shakespeare Company at the University of Notre Dame's Robinson Community Learning Center. In this position she serves approximately four hundred students per week in the South Bend Community School Corporation and has also introduced youth to Shakespeare at the St. Joseph County Juvenile Justice Center. Christy received her MA in Drama and Theatre Education from the University of Warwick and prior to moving to South Bend was the Education Director for the Fairbanks Shakespeare Theatre where she used Shakespeare to bridge the gap between Alaskan Native Elders and tribal youth. In 2012 she was the North American teaching consultant for London's Royal Shakespeare Company. 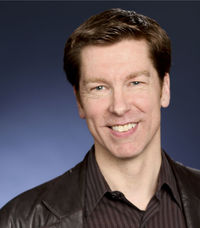 NICK SANDYS (Prospero) is the Producing Artistic Director of Remy Bumppo Theatre Company, where he has appeared in An Inspector Calls; The Goat Or, Who Is Sylvia? (Chicago Magazine Best Actor 2011); Les Liaisons Dangereuses; The Real Thing; Tartuffe; Arcadia; No Man’s Land; and Hapgood, among others, as well as directing the acclaimed productions of Life of Galileo, Travesties, and Our Class. Recent roles include Holmes in the new musical The Man Who Murdered Sherlock Holmes (Mercury Theatre Chicago), Higgins in My Fair Lady (Light Opera Works), and Hannay in The 39 Steps (Cleveland Play House). He has also performed at First Folio (Artistic Associate), Goodman, Northlight, Next Theatre, Marriott, Lookingglass, Chicago Shakespeare, Writers' Theatre, Syracuse Stage, Riverside Shakespeare, and Madison Repertory, among others. Nick is also a certified Fight Director with The Society of American Fight Directors, teaching at The Theatre School at DePaul since 1995, and his combat choreography has been seen all over Chicagoland, as well as on Broadway and at The Metropolitan Opera. He is the recipient of 14 Joseph Jefferson Nominations, an After Dark Award, and a 2011 Achievement Award from The Helen Coburn Meier and Tim Meier Charitable Foundation for the Arts. 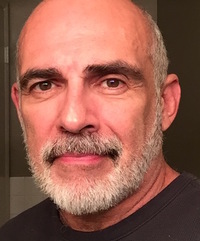 JOHN HERRERA (Alonso, the King of Naples) was Tony nominated for playing Neville in the original Broadway production of The Mystery of Edwin Drood, and Jeff nominated for his role as George in Sunday in the Park with George at Chicago's Goodman Theatre. Other Broadway credits: Evita, 1776, and The Threepenny Opera. Off-Broadway: John created the role of Kevin in Lin-Manuel Miranda's In the Heights. National tours: Che in Evita, Anatoly in Chess, Enjolras in Les Misérables, and both Roy/Louis in Angels in America. Regional: Rothko in Red at Orlando Shakes, Anna in the Tropics at Seattle Repertory Theatre/Maltz Jupiter (Carbonell Award), All's Well that Ends Well at Triad Stage in Greensboro, NC. John appears in The House That Jack Built, an indie film now available on Netflix. He's the author of five plays. His latest, The Great Writer, is a one-man show loosely based on Ernest Hemingway.

SARAH SCANLON (Ariel) is an internationally trained actor, aerialist, and musician who calls Chicago home, where her credits include the world-premiere musical adaptation of Soon I Will Be Invincible (Lifeline Theatre), the U.S. premiere of Blue Planet (Akvavit Theatre), and the world premiere stage adaptation of Wagner’s The Ring Cycle (The Building Stage). Nationally she appeared in The Three Faces of Doctor Crippen at the New York Fringe Festival and Wings of Desire with A.R.T. (at Harvard University). Internationally Sarah performed at the Moscow Art Theatre in Zoya’s Apartment. She holds an MFA from the A.R.T. Institute/Moscow Art Theatre School and a BA from Western Michigan. Additional studies took her to the Dell’Arte School of Physical Theatre, LAMDA, and Shakespeare on the Green. You can follow more of Sarah’s adventures at www.sarahscanlon.com. 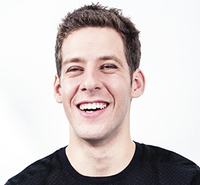 JACOB D'EUSTACHIO (Trinculo) is a juggler and clown from New York City. At age 17, he landed his first professional contract touring the East Coast with the Zoppé Family Circus. Following his return to New York, Jacob had the opportunity to study with master juggler Kris Kremo. In 2008, Jacob moved to Canada to attend the prestigious Ecole de Cirque de Quebec and since then has performed in 13 countries on five continents. Highlights include juggling with the Dallas Symphony Orchestra, performing a three-person theatrical clown show in Mexico and Singapore, and a year at sea performing with Celebrity Cruises. He’s thrilled to be making his Shakespearean debut in The Tempest. Thank you West for this opportunity! www.jacobde.com 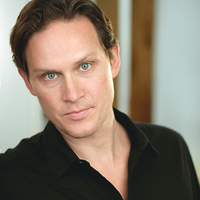 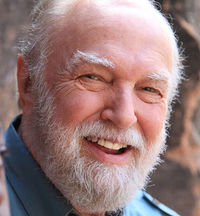 ALAN SADER (Gonzalo) has been good-naturedly satirized by Bill Hader on Saturday Night Live as “the blue-shirted guy with the beard” for ChildFund International, for whom he has been the widely recognized on-camera spokesperson for 23 years.

After a summer season of apprenticeship at Gateway Playhouse in New York, Alan began his professional career in theatre right out of Duke University with three years in the resident company at Flat Rock Playhouse summer theatre while studying acting and “living the dream” a few steps off Broadway in New York. “Early on it just didn’t occur to me that this could be a legitimate career choice but it was what I did best, and, in 50 years, I’ve never had a real job outside of theatre/acting.”

Alan has appeared in hundreds of plays, dozens of films and TV shows, and, as a theatre owner for about 15 years, produced or directed another 100 or so. In the past year he has added American Buffalo, The Lyons, and Lazarus Syndrome to his stage credits. Alan has shared stages with Cybill Sheppard, Forrest Tucker, Bob Denver, Yvonne DeCarlo, & Dana Andrews; and film sets with, Nolte, Streisand, Sissy Spacek, Sam Waterston, Mary Tyler Moore, Samuel J. Jackson, Steve Carrell, and, most recently, Daniel Day-Lewis in Spielberg’s Lincoln.

What's his favorite role? King Lear at Agecroft Hall in Richmond, VA for which he won the Critics Best Actor Award in 2011 (with a nomination the following season for Big Daddy in Cat on a Hot Tin Roof.)