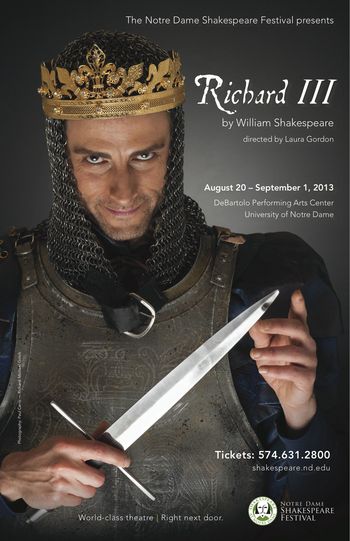 “Now is the winter of our discontent

Made glorious summer by this son of York…”

Shakespeare’s enduring portrayal of England’s most famous villain, a twisted and ruthless monarch. The recent discovery of King Richard’s remains by archeologists means there was no better time to see why the “winter of our discontent” turned into a “glorious summer” at the Notre Dame Shakespeare Festival.

In addition to the production, pre-show talks about Richard III took place one (1) hour prior to each performance. Led by our artistic staff, visiting scholars and practitioners, "Beyond the Stage" talks gave audiences a peek at the play. Know the characters going in, and enjoy a glimpse at the process of creating the production.