Discovered in a treasure-filled parking lot in Leicester, England, an ancient manuscript proves to be the long-lost first play by the young glover’s apprentice from Stratford. Using questionable scholarship and street-performer smarts, three gifted comic actors throw themselves into a fast, funny, and frenzied festival of physical finesse, witty wordplay, and plentiful (pitiful) punning.

Written and directed by two of the world’s most famous Shakespearean comedians, Austin Tichenor and Reed Martin, stars of the PBS film The Complete Works of William Shakespeare (abridged), and authors of The Complete History of America (abridged). 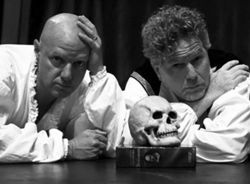 About Authors and Directors Reed Martin and Austin Tichenor

Martin and Tichenor starred in the PBS film version of the Reduced Shakespeare Company's signature work The Complete Works of William Shakespeare (abridged), wrote the irreverent reference book Reduced Shakespeare: The Complete Guide for the Attention-Impaired (abridged) (Purchase on Amazon), and are the co-authors of the RSC's eight Complete (abridged) comedies, which have been performed all over the world, published in the US and the UK, and translated into over a dozen languages. Their scripts have had several successful runs off-Broadway, in London's West End, overseas, and at such prestigious regional theaters as the Kennedy Center, Seattle Repertory Theatre, American Repertory Theatre, Merrimack Repertory Theatre, Cincinnati Playhouse in the Park, San DiegoRepertory Theatre, San Jose Repertory Theatre, and Pittsburgh Public Theatre. They have written and performed for the BBC, NPR, Ireland's RTE, Britain's Channel 4 and Sky-TV, and TBS. Their work has been nominated for Olivier, Helen Hayes, and Bay Area Theatre Theatre Critics Circle Awards.

Both graduates of the University of California, Berkeley, Mr. Martin received an MFA in Acting from UC San Diego and Mr. Tichenor received an MFA in Directing from Boston University. Mr. Martin is an adjunct faculty member at Napa Valley College and Sonoma State Junior College and has led guest lectures and master classes at the Kennedy Center American College Theatre Festival, Harvard Institute for Advanced Theatre Training, New Zealand National School of the Arts, Regents College London and dozens of others. Mr. Tichenor is a former adjunct faculty member at Plymouth State College and Rivier University (both in NH) and most recently has been a guest lecturer at Valparaiso University, University of Massachusetts, Lowell, and Phillips Exeter Academy. 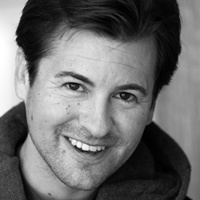 is thrilled to be appearing at the Notre Dame Shakespeare Festival! He has acted in and around the San Francisco Bay Area for the past 15 years, at companies including: Shotgun Players, Berkeley Playhouse, Town Hall Theatre, Contra Costa Civic Theatre, Sonoma County Rep, Sebastopol Shakespeare Festival, Shakespeare Napa Valley, Ross Valley Players, 6th Street Playhouse, Mountain Play Association, and Pacific Alliance Stage Company. Dan has been a company member of the Reduced Shakespeare Company (RSC) for the past five years. He has appeared in The Complete Works of William Shakespeare (abridged), The Complete History of America (abridged), The Ultimate Christmas Show (abridged), and The Complete History of Comedy (abridged). He has toured with the RSC to Hong Kong, Singapore, China, and Virginia! Dan is also a teaching artist at California Shakespeare Theater, Marin Theatre Company, Throckmorton Theatre, and Berkeley Playhouse. He is a proud alumnus of The Meisner Technique Studio, San Francisco. 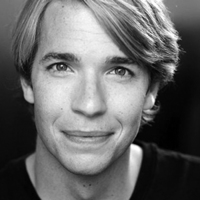 is very excited to be spending his first summer with the Notre Dame Shakespeare Festival! Regional credits include: Assassins, Clybourne Park, Sense & Sensibility (Milwaukee Rep), Henry IV, Cabaret (Dallas Theater Center), 4000 Miles (Capital Stage Company), As You Like It, Romeo and Juliet (Marin Shakespeare Company), Twelfth Night (Theater at Monmouth), The Taming of the Shrew, Arms and the Man (Ten Chimneys), The Comedy of Errors, The Winter’s Tale (Texas Shakespeare Festival), and Othello (Arabian Shakespeare Festival). As a voice-over artist, Teddy’s work can be heard in numerous video games, as well as internet and radio advertisements. Teddy holds a BA in both musical theatre and psychology from California State University, Chico, and an MFA in acting from Southern Methodist University. He is a company member with the Arabian Shakespeare Festival and SF PlayGround, and teaches with Berkeley Rep School of Theatre and California Shakespeare Theater. 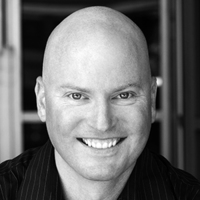 has workshopped The Complete History of Sports (abridged), The Ultimate Christmas Show (abridged), and The Complete History of Comedy (abridged) with the Reduced Shakespeare Company, adding his unique brand of idiocy to each. He has performed The Complete Works of William Shakespeare (abridged); The Bible, The Complete Word of God (abridged); and All the Great Books (abridged). He has no formal theatrical training to speak of. Well, ok, he took a couple classes in junior college. He has been Drosselmeyer for a local ballet company’s production of The Nutcracker going on 13 years, though he has no ballet training whatsoever. He lives, works, and acts in Northern California, most recently as Owen Musser in The Foreigner. He is a known pirate, and does all his own beard stunts. He plays a mean ukulele, but only because he has yet to find a kind one. Learn more at chad-yarish.squarespace.com.

Replacing Dan Saski for the Sept 1-6 extension was Phillip Ferrero. 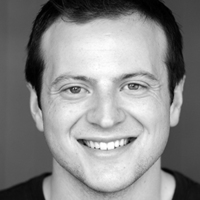 is thrilled to be making his first appearance in the Notre Dame Shakespeare Festival. He is a graduate of Sonoma State University and Napa Valley College, both with degrees in acting. After graduating, Phillip traveled to London to perform in the International Youth Arts Festival, working with Shakespeare Napa Valley and supported in part by Shakespeare at Notre Dame, as Orlando in As You Like It. He has performed throughout the San Francisco Bay Area as well. Some favorites include: Comedy of Errors (Dromio of Syracuse), Blur (Joey Joe D’Amico), 25th Annual Putnam County Spelling Bee (Chip Tolentino) and Twelfth Night (Sebastian). He is currently in the process of applying to grad schools to work towards his master’s degree and plans to pursue acting as a career.