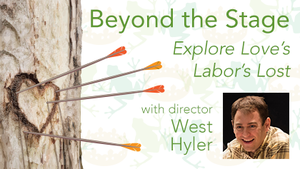 During Hyler's talk, members of the Young Company performed highlights from the production.

To conclude the evening, West, along with Young Company designers and actors, participated in a Q&A with the audience. 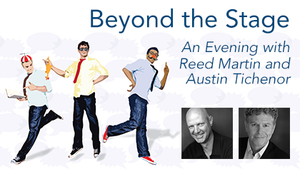 Martin and Tichenor’s irreverent abridgments have been performed on five continents, at the White House, The Kennedy Center, and as part of China’s Wuzhen International Theater Festival.

With their newest comedy, the “bad boys of abridgment” returned to Shakespeare for the first time in over 27 years. 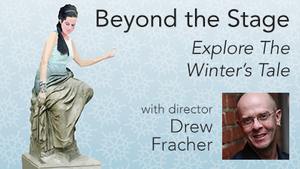 This hour-long event began in the Patricia George Decio Theatre to meet The Winter's Tale director Drew Fracher, in conversation with actor Wendy Robie. Fracher has worked throughout the Midwest’s most prominent regional theaters and on Broadway. Robie is perhaps best known as Nadine (with her eye patch) in David Lynch’s Twin Peaks. This summer, she takes on the role of Paulina in The Winter’s Tale. Guests toured backstage and walked the set, visited the costume shop, and learned about the creative process directly from the Festival's designers and production staff.

Identical tours began at 6:00pm and 7:00pm on Wednesday, August 5. Tickets were limited to 25 for each tour.

Thanks to all of the artists and patrons that made 2015's ​Beyond the Stage events a success.