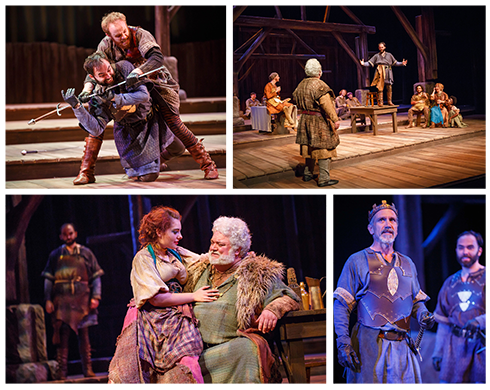 In the summer of 2014, as the world celebrated the 450th birthday of William Shakespeare, the Notre Dame Shakespeare Festival celebrated two dates of their own – the 150th anniversary of the first full Shakespeare play produced on campus and the 15th season of the Notre Dame Shakespeare Festival (NDSF). “We’re honoring our 1864 kinsmen by producing Henry IV, the same title performed by Notre Dame 150 years ago,” said Grant Mudge, Ryan Producing Artistic Director for the Festival. A tale of rebels and rebellion, Henry IV explores the journey of a prodigal prince torn between two fathers – an ailing king and an errant knave.