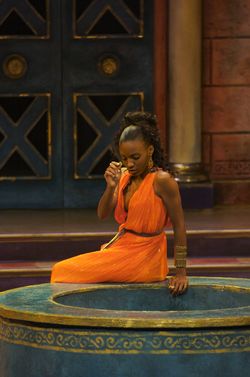 The Notre Dame Shakespeare Festival, the professional theatre in residence at the University of Notre Dame, is the direct outgrowth of an experimental course called "Shakespeare-in-Performance" that was created in 1989 by Dr. Paul Rathburn.

The premise of this popular course was that Shakespeare's works are both theatrical "scripts" and literary "texts" and are illuminated best through work in both the theater and in the classroom.

The Notre Dame Shakespeare Festival began producing theatrical events in 2000 under the name of Summer Shakespeare and has grown exponentially in its short history.