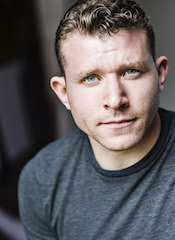 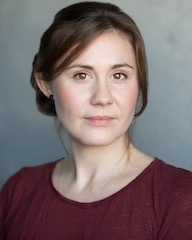 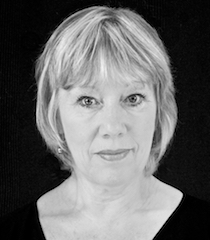 Tricia earned a BA in English and Politics, and taught in secondary schools before becoming an actor. Her career has encompassed work at many of the UK’s leading theatres, where she has appeared in both classics and new work. Most recently, she has played Linda Loman in Death of a Salesman on a major UK tour, and been nominated for an Offie (Off West End Award) for her work in the new play Caterpillar by Alison Carr. In 2015, she performed Manfred Karge’s remarkable piece Man to Man, a one-person play about a woman who lives as a man in Nazi Germany, to great acclaim. Other work includes: Julius Caesar and Ion (RSC), The Kitchen (National Theatre), The Lower Depths and Uncle Vanya (Arcola), Much Ado About Nothing, The Seagull, The Government Inspector, and As You Like It (Sheffield Crucible), King Lear, Not I, and Two (West Yorkshire Playhouse), The Voysey Inheritance (Edinburgh Lyceum), Venus and Lucrece (Almeida), and Barbarians and Dancing at Lughnasa (Salisbury). She has also had close associations with many leading UK playwrights, most importantly at the Royal Court in the original productions of Caryl Churchill’s A Mouthful of Birds and Fen, which toured to New York’s Public Theatre for an extended season. In addition, she performed in The Last Supper, Seven Lears, Victory and Golgo & Et in Arcadia Ego with Howard Barker’s Wrestling School company. She again toured to North America in Mark Ravenhill’s Some Explicit Polaroids, which performed at Smith College in Massachusetts, and on an extended residency with The Life & Adventures of Nicholas Nickleby by David Edgar in Toronto. Recently, she has worked on Nina Raine’s Tiger Country and Unprotected, and Rory Mullarkey’s Cannibals. Tricia has done numerous workshops in schools and colleges. She has taught text at Rose Bruford Drama College, given a paper on her experience of performing Beckett’s Not I at a major international Beckett conference, and contributed to books on Caryl Churchill, Howard Barker, and the Joint Stock Theatre Company. She will also shortly be seen in the new series of Dr. Who. 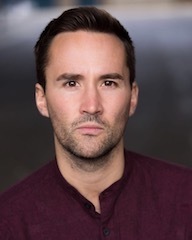 Fred trained at the Guildhall School of Music & Drama and obtained a 1st Class Honours Degree in Acting. He has worked across film, television, and theatre, in The West End (Henry V), at the National Theatre (This House and The Silver Tassie), and in many regional theatres across the country. He has also been extremely fortunate to work with some of the UK’s leading theatre practitioners and directors. To date, Fred has been a part of 6 Shakespeare productions, and in 2017 he was part of the inaugural company at Storyhouse Chester, playing Demetrius in A Midsummer Night’s Dream and Octavius in Julius Caesar. As a teacher, Fred has gone back to direct at the Guildhall School of Music & Drama on both the Preliminary Acting Course and the International Summer School. He is also a current faculty member at the New York Film Academy in Florence, Italy, teaching Voice, Movement, Improvisation, Acting Technique, and Acting for Film. 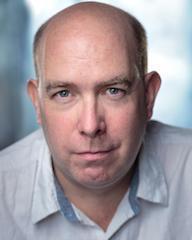 Jonathan’s recent theatre includes: King Lear, Othello, As You Like It, The Captain of Kopenick, Light Shining in Buckinghamshire, and Our Country’s Good (National Theatre), The Beggar’s Opera, Alice in Wonderland, A Little Night Music, and The Crucible (Storyhouse), A Tale of Two Cities (UK tour), While the Sun Shines (Theatre Royal, Bath), Travels With My Aunt (Chichester Festival Theatre), and Journey’s End and But First This (Watermill). Jon has twenty years of international experience as a corporate trainer focusing on presentation skills, personal impact, and reputation management. He has also run workshops on text and performance at the National Theatre Studio and Pitlochry Festival Theatre, on personal development for young leaders at Storyhouse in Chester, and on puppetry at theatres across the UK.