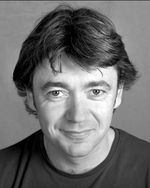 Dan trained at the Bristol Old Vic Theatre School. This is his second tour with AFTLS, previously touring Macbeth.

The bulk of his work as an actor has been classical theatre, with companies such as the National Theatre, Bristol Old Vic and Shakespeare at the Tobacco Factory.

He has taught and led workshops in drama schools, youth groups, primary and secondary schools, universities and colleges, mainly in Shakespeare, Voice, and Stage Combat. He regularly teaches acting for the Bath Academy of Musical Theatre and Stagecoach Performing Arts. 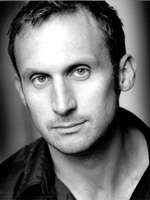 Richard trained as a teacher and taught Law, Business Studies, English, and English as a Foreign Language, before becoming an actor.

Highlights include hiding under tables and telling ghost stories to Greek 6-year-olds and trying to teach contract law to disaffected teenage apprentice bricklayers in Sheffield.

Richard was also a Head of Department in a busy and successful Sixth Form College.

Acting highlights include being part of the Hamlet tour for AFTLS in 2006, playing Caliban on tour in Russia and Romania after only 12 hours rehearsal, and playing 28 parts as well as 9 musical instruments in a version of Robin Hood at the National Theatre. He was also a very small part of the movie Atonement.

Richard has been lucky to have worked with great directors like Sir Peter Hall, John Caird, Marianne Elliot and Declan Donnellan.

However, Richard’s best experience and greatest privilege has been meeting and working with Sir Alan Ayckbourn. 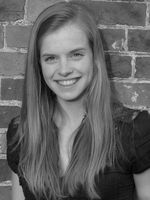 Jennifer recently toured with Actors From The London Stage’s Romeo and Juliet where she performed the roles of Juliet and Benvolio and is very pleased to be a part of the company again.

She has worked on many stages in London including The National Theater – The Pillowman, Hampstead Theatre – Clever Dick, Gate Theatre – The Internationalist, Trafalgar Studios – Lovely and Misfit and several plays at the Orange Tree Theatre. 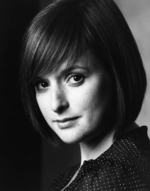 Her recent credits include playing Miss Casewell in the famous, longest-running show in the world, The Mousetrap.

Theatre credits include the title role in the RSC's Alice in Wonderland, Trixie in the West End production of Daisy Pulls it Off, The Chalk Garden, Bill Kenwright number one tour – The Shell Seekers, PW Productions number one tour – Game Plan, Manchester Library Theatre – The Chimes, the Southwark Playhouse, the world premiere and UK number one tour of Terms of Endearment with Linda Gray, an open-air tour of The Taming of the Shrew, and a new musical version of The Beggar's Opera by Grant Olding with The Changeling/Hazlitt Theatre company.

Television credits include Beech is Back for ITV. Film credits include: Three Minute Moments and Prisoners of the Sun. Katherine has recorded numerous radio dramas for Radio 4 including Georg Silverman's Explanation with Paul Scofield. 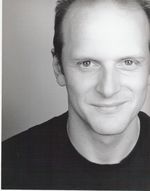 Michael trained at Webber Douglas Academy, London. He has worked in all fields of the industry.

Play credits include a tour of Friend or Foe by Michael Murpogo, A Doll’s House – Cambridge,  Taming of the Shrew – Oxford, title role in Volpone at Wilton’s Music Hall, London;  The Country Wife at the Bridewell Theatre, London;  City Wives Confederacy – Greenwich;  Hamlet, King Lear, and The Merchant of Venice all for Compass Theatre Company;  Gamblers at BAC;  Descent: The Diary of a Madman, a one man show for Edinburgh and King’s Head, London;  The Mysteries at the Orange Tree in Richmond;  Breaking the Code, As You Like It, and The Real Thing in Basingstoke.

He also has recorded numerous Shakespeare plays on CD. Musicals include the recent national tour of Footloose, The Wedding Singer and Sing-along-a-Abba which toured and ran at the Whitehall Theatre, London; Company at Westcliffe and the title role in Did You, Dr Crippen? at the Trafalgar Studios, London.

On television Michael has appeared in Bear Behaving Badly, How Not to Live Your Life, Waking the Dead, Casualty, and Wish Me Luck for LWT. He also teaches Drama at the Sylvia Young Theatre School, London.