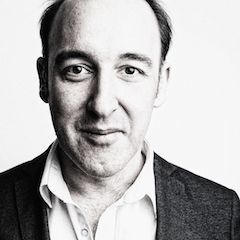 Al trained at the Guildhall School of Music & Drama, where he worked closely with the inimitable Patsy Rodenberg for three years on voice and theatre practice. For twenty years, he has combined film and theatre work internationally, specialising in material that challenges accepted boundaries. Ten summers at Sprite Productions working with stellar companies across a range of Shakespeare’s canon led to his ongoing collaboration with Tim Carroll and The Factory on Hamlet, The Odyssey, and Macbeth, which in turn led to a number of deep creative partnerships with companies across Europe, including Honey Tongued in Dubrovnik, where he played Claudius in Hamlet on location in King’s Landing. Since then, he has continued to expand immersive and interactive theatre in London alongside Coney, Hartshorn Hook, and The Guild of Misrule, through large-scale immersive versions of classic books. He’ll be reprising his five-star sell-out performance of A Christmas Carol this December, playing Scrooge. He frequently entertains corporate clients on behalf of Shakespeare’s Globe, where he makes use of his extensive practical experience of Shakespeare’s text and Elizabethan stagecraft, and performs customised snippets at everything from weddings to raucous parties. Alongside this, he travels widely for MyKindaFuture and Cragrats, facilitating workshops dealing with employability and confidence on behalf of major global firms such as KPMG and Allen and Overy. 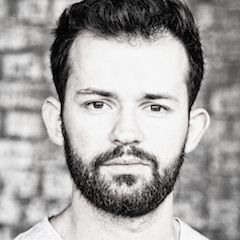 Kaffe trained at the Guildhall School of Music and Drama in London, and graduated in 2014. He also won the Michael Bryant Prize for verse-speaking in his final year, which was awarded by Nicholas Hytner at the National Theatre. He has worked predominantly in theatre, most recently on the world tour of the National’s production of The Curious Incident of the Dog in the Night-Time, playing the lead role of Christopher Boone, which he first played in the West End in 2015. Kaffe is also a member of The Factory, a London-based theatre company dedicated to experimental productions of Shakespeare’s plays. Kaffe has also directed and taught workshops with various youth theatres, and is a guest teacher at the Emil Dale Academy in Hitchin, England. He is very excited to join the cast for Twelfth Night, and to visit all of the amazing places the tour will go! 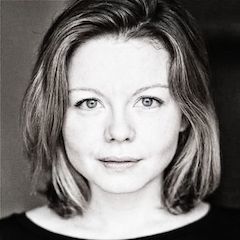 Katherine is an actor, writer, theatre maker, and voiceover artist. She has worked extensively with new writing and devising companies including Curious Directive, BAZ Productions, and Told By An Idiot. She is an associate artist at Applecart Arts and a founding member of The Den Collective. A sample of her acting credits include Veronica in 20th Century Fox’s Bohemian Rhapsody; the voice of Professor McGonagall  in the Harry Potter video game for Warner Brothers; Freija in Your Last Breath at the Southwark Playhouse; Lady Macbeth in Macbeth at the Oxford Playhouse; and Laura in Obama-Ology at the Finborough Theatre. She also wrote and performed the one-woman show Fucking Little Elf Bitch to 5-star London reviews. Katherine regularly teaches acting and audition technique at Central Saint Martins, voice work for teachers in training, communication skills for training healthcare professionals, and various workshops for storytelling, play, and characterisation for both training and professional actors. She is also an experienced tutor, working with dyslexic and autistic students on creative writing and confidence building. 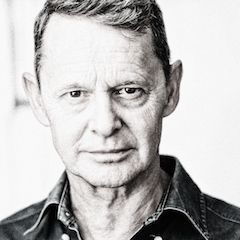 Jonathan studied at Manchester University. Highlights from many years since include Banquo / Duncan / Ross in the Factory Theatre’s recent Macbeth (as well as previous Factory productions of Hamlet, The Seagull, and The Odyssey); Boris in The Cherry Orchard at Nottingham Playhouse; Pozzo in Waiting for Godot at the Arcola Theatre; Shylock in The Merchant of Venice for Creation in Oxford; Robespierre in The Snow Palace for Sphinx Theatre in Warsaw and Lodz; Hamlet for Théatre Point in Corsica and at the Avignon Festival; young Hitler in George Tabori’s Mein Kampf, Farce for the Yorick Company in Edinburgh and London; and Achilles, Iachimo, and Claudius at the tiny Willow Globe in deepest Wales. He has also acted with some of the greatest musicians of our time, with performances including Monostatos in Ivan Fischer’s production of The Magic Flute for the Budapest Festival Orchestra in Abu Dhabi, Budapest and London; Aeneas in Dido and Aeneas for the Orchestra of the Age of Enlightenment; and Oberon/Theseus in A Midsummer Night’s Dream for Leonard Slatkin’s Orchestre National de Lyon. Films include Mike Leigh’s Peterloo; Pride and Prejudice and Zombies; The Memorialist; Bertrand Tavernier’s La Mort en Direct; and Return of the Jedi. 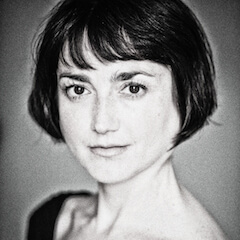 Claire's theatrical appearances include Jane in But It Still Goes On, Ann in Outward Bound, Melinda in Perchance to Dream, and Phoebe Throssel in Quality Street at Finborough Theatre; Titania/Hermia in A Midsummer Night's Dream at The Company; Leonato/Hero in Much Ado About Nothing with Actors From The London Stage; Sister Rosa in Cyrano de Bergerac and Hermia in A Midsummer Night's Dream at Grosvenor Park Open Air, Charlotte/Martha in Charlotte’s Web for Birmingham Stage Company; Dorothy in Stepping Out at Salisbury Playhouse; Donna in A Wordless Thing for Theatre 503; Celia (Understudy) in As You Like It and Nancy in When We Are Married at Garrick Theatre; Portia in The Merchant of Venice, Bet in Oliver, Margaret in Much Ado About Nothing, Nancy in When We Are Married, and Lucy in The Lion, The Witch and The Wardrobe at the West Yorkshire Playhouse; Estella in Great Expectations and Hatty in Tom’s Midnight Garden at Manchester Library Theatre; Ophelia in Hamlet at The Factory and Manchester Library Theatre; Kit/Shona in Top Girls at Watford Palace Theatre; Dinah Lord in High Society at Shaftesbury Theatre; Eva in Kindertransport at Bolton Octagon Theatre (Best Actress nominee, Manchester Evening News Awards); Erica in Question Time at Arcola Theatre; Dinah Lord in High Society and Hermia in A Midsummer Night’s Dream at Regent’s Park Open Air; Lucy Lockit in The Beggar’s Opera, Maggie in Engaged, and Sophia Freelove in The Road to Ruin at Orange Tree Theatre; and Ophelia in Rosencrantz and Guildenstern Are Dead at Theatr Clwyd. Television includes Dr. King in Cuckoo (Series 2 and 3), Cath Marshall, Hannah, Jade and Lisa in Doctors, Shannon in Eastenders, and Fiona Carr in Holby City (BBC); Alice in The Royal (Yorkshire Television); and Wendy in Auf Wiedersehen Pet. Film includes Boarding School Teacher in Christopher Robin (Mystical Productions Ltd.) and Charlotte Gray (Channel 4 Films).