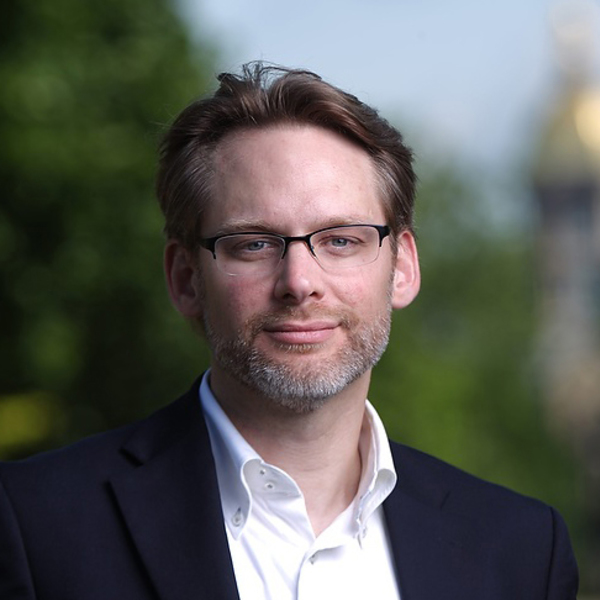 Grant Mudge (Ryan Producing Artistic Director) is in his ninth year with the University and his twenty-fourth as an artistic director producing Shakespeare. Grant previously served as the Founding Artistic Director for the Richmond Shakespeare Festival (VA) at Agecroft Hall. Highlights there included helping to develop Richmond CenterStage, touring to 23 states and more than 200,000 people, and fourteen consecutive years playing Ebenezer Scrooge in A Christmas Carol for Two Actors. Filmed for Virginia PBS affiliate WCVE-TV, it is still regularly rebroadcast each holiday season. At Notre Dame, Grant created a touring program for regional schools, NDSF: ON TOUR, bringing Shakespeare performances and accompanying workshops to thousands of students throughout northern Indiana and southwestern Michigan, as well as Shakespeare After Hours, Shakespeare in Fremont Park, and Shakespeare Around the Bend. Grant’s directing and acting credits include more than 50 productions, among them Death and The Maiden, As You Like It, Macbeth, The Tempest, Love’s Labour’s Lost, Hamlet, Henry IV 1 & 2, Henry V, Richard III, A Midsummer Night’s Dream, The Taming of the Shrew, Our Town, Les Misérables, Picasso at the Lapin Agile, The Rover, and at Notre Dame, The Servant of Two Masters, Clybourne Park, Much Ado About Nothing, and Romeo and Juliet. His 2005 play, Shakespeare & Galileo, was commissioned by the Science Museum of Virginia and recently marked eleven years of regular touring and performances. Grant recently completed two years on the Executive Committee of the Shakespeare Theatre Association, whose annual conference Shakespeare at Notre Dame hosted in January of 2016, part of the global celebration of the playwright’s legacy: 1616-2016.